Leva was originally from Hong Kong and immigrated to Canada in 1989. She learned Chinese painting from Ms. Sin-Lin Chan and Mr. Kui-Yin Tse in Hong Kong and continued her studies in the Fine Arts Program at Langara College in Vancouver for two more years. She is the Vice President of the CCAFV (1999-2001) and has participated in numerous solo and joint exhibitions. Ms. Woo is an experienced Chinese painting instructor and has taught in Maple Grove and Mckechnie Elementary Schools, the Kerrisdale and Mapole-Oakridge Community Centres, the Vancouver Art Gallery and at her own studio. 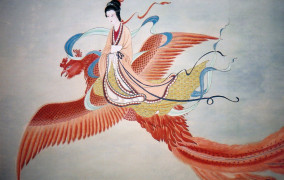