John, Han Chang Lin, who has always found interest in painting since early childhood and practiced Chinese calligraphy through out his life. After he immigrated to Vancouver, Canada in 1990, he has been greatly influenced by the western art and started his experimental style of painting which later becomes well recognized by press after his solo exhibition at the TCCS Gallery in 2009 known as the “Emit Flow”.

Similar to Abstract Expressionism, the “Emit Flow” series of paintings is a style of experimental, nonrepresentational painting which focus on the flow of colors and surface qualities; the harnessing of “accidents” that occurred during the process of painting; the glorification of the act of painting itself as a means of visual communication; and the attempt to transfer emotion directly onto the canvas. But, apart from most Abstract Expressionism artists, Han Chang Lin’s process of painting is more calm and slow.

“Painting is like meditation to me”, John always says. 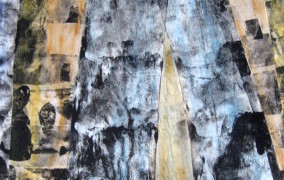 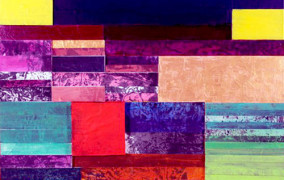 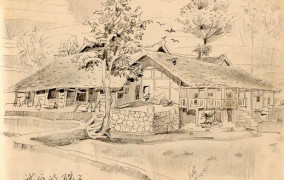 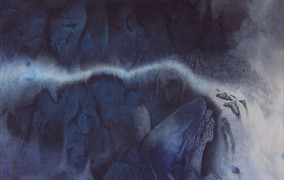