Originally from Shanghai, China, she hails from a strong artistic tradition as her artistic talents were fostered early. In fact, she wants to spent her whole life following art and creating art. After she graduated from the University of Arts in China, she received her Masters degree in Advertisement Design from the Toyo Institute of Art and Design in Tokyo. She has participated in joint exhibitions in both China and Canada. She has also held a solo exhibition in Tokyo, Japan. She is the Director of the CCAFV (2001-2005). 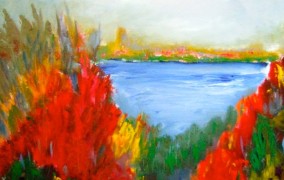 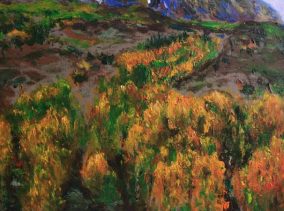