Jenny Bou-Chen Kwan (關寶珍) has lived in British Columbia since 1977. Prior to that, she studied the Chinese painting school of Ling Nam in Hong Kong, and subsequently with Mr. Lui-Sang Wong, then in Vancouver with Master Su-Sing Chow of Wu school, followed by Ms. Mei Koo in modern arts, then again in watercolours and graphics design with Master Wah-Nam Tam who is highly fluent in western styled painting.

Ms. Kwan developed her own unique artistic identity and character from the wide range of art disciplines she was exposed to and was motivated to express more than merely a reinterpretation of the schools of art she had learnt from. Instead, she matured into a personal style whose influences have become a unique mix of these schools’ techniques, essence and theories. Beyond painting, Ms. Kwan studied Chinese calligraphy for twenty years as a form of abstract art with Mr. Kai-Chuen Kam, as an enhancement of her artwork to explore a deeper interpretation and expression of the communicative power of the brush stroke as expressed in Chinese characters and language.

Ms. Kwan has had numerous exhibits of her work in solo and group settings in Hong Kong, Guangzhou (Canton province, China) and various Canadian locations, including Vancouver, Winnipeg and Newfoundland province. 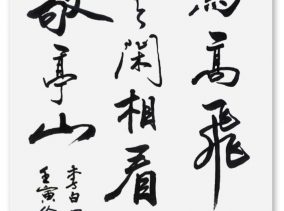