Tse Yim (b. 1936)studied Chinese calligraphy under Lam Chin-Shek. From 1968 until his retirement in 1999, he was the Chinese librarian in the Asian Library at the University of British Columbia. He now devotes himself to the study of calligraphy and engages in translation. In 1985 and subsequently in 1995, he crated and participated in Karma of the Brush, a contemporary Chinese-Japanese calligraphy exhibition. One of his works has been collected by the Canadian Museum of Civilization. 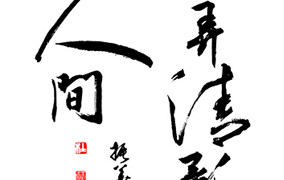